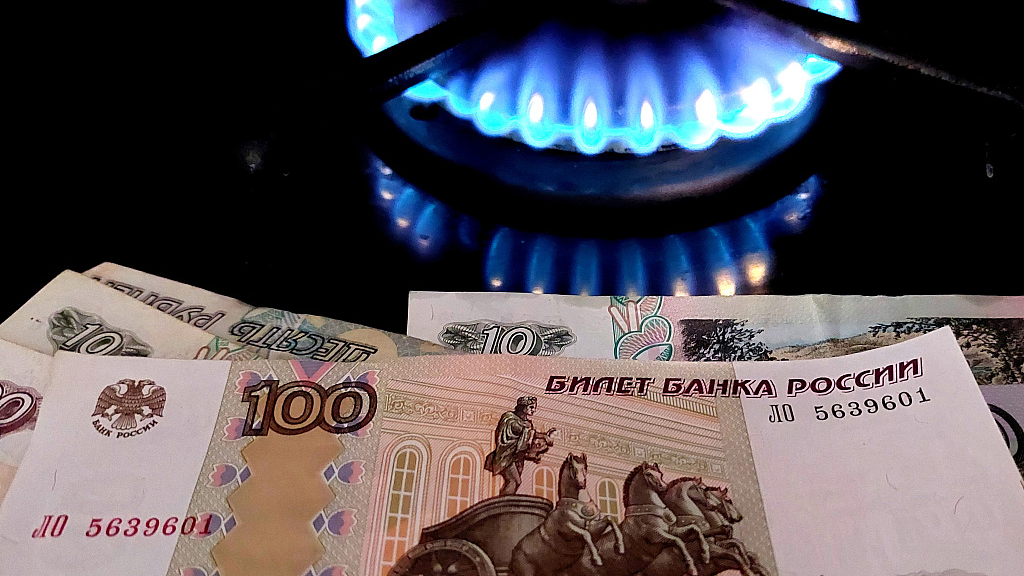 Posted on May 6, 2022 by Charalambos Constantinides

Following the Russian invasion of Ukraine, there was a steady decline of the Russian Ruble against all major currencies. On March 7th, the Ruble hit a new low of about 137 against the US Dollar. Lately it seems oddly enough that the Ruble is back despite the flurry of sanctions imposed by the West against Russia.

On March 31st in response to the piling Western sanctions imposed because of Russia’s invasion of Ukraine, Putin has warned Europe that his country will only accept payments for gas supplies in Rubles or there will be a possible cut in supplies. EU countries rely on Russia for about one-third of the bloc’s total gas supplies.

The European Commission on Thursday April 28th warned countries buying Russian gas they could breach sanctions if they converted gas payments into Rubles, as officials struggled to clarify the EU’s stance on Moscow’s payments scheme, which has sowed confusion in the bloc. To meet its demand, Russia ordered that energy companies from “unfriendly countries” change their gas payments into Rubles at Gazprombank, a request that some in the EU, including Germany, said did not break sanction rules.

The Russian Ruble broke past a more than two-year high against the Euro in the past week before steadying near Monday’s close, in a week where tax payments were supportive of the currency and as investors looked ahead to an expected rate cut last Friday April 29th. 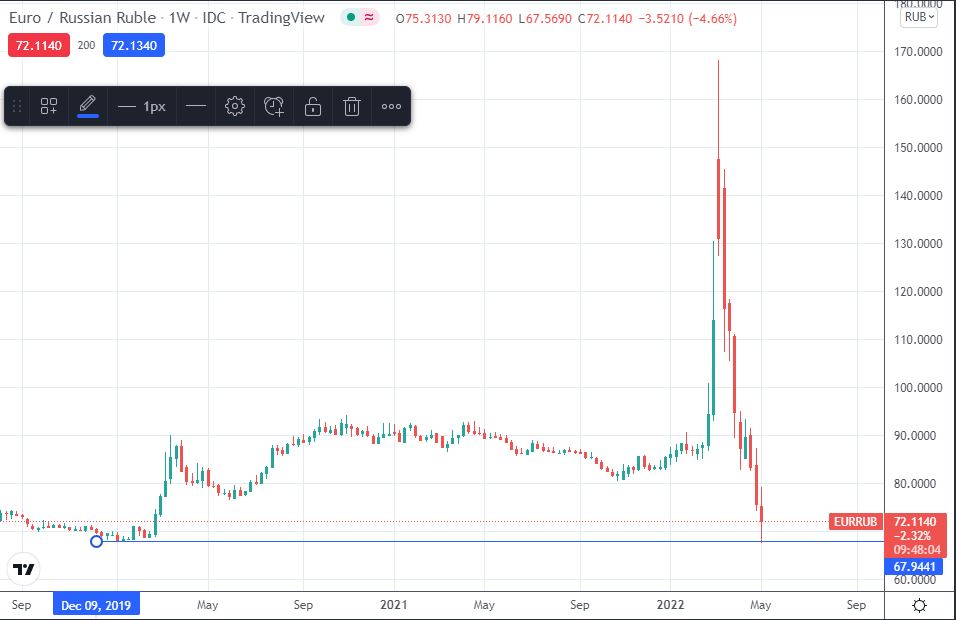 Should the Ruble be strengthening amid all the geopolitical and economic turmoil of the past few months?

According to some analysts, if one is to take a look under the surface, they would see the strong arm of the Russian state trying to hold the markets stable. The Russian government introduced strict capital controls that have boosted the Ruble, and it has banned foreign investors from ditching domestic assets. Therefore there is a sense that the Ruble strength is artificial and temporary. Moscow’s MOEX stock index has tumbled roughly 40% this year, but it has risen around 9% since bottoming in late February. There is belief that its level should be considerably lower as there are about 900 million Rubles worth of depositary receipts of Russian stocks that could be sold by local investors on MOEX. 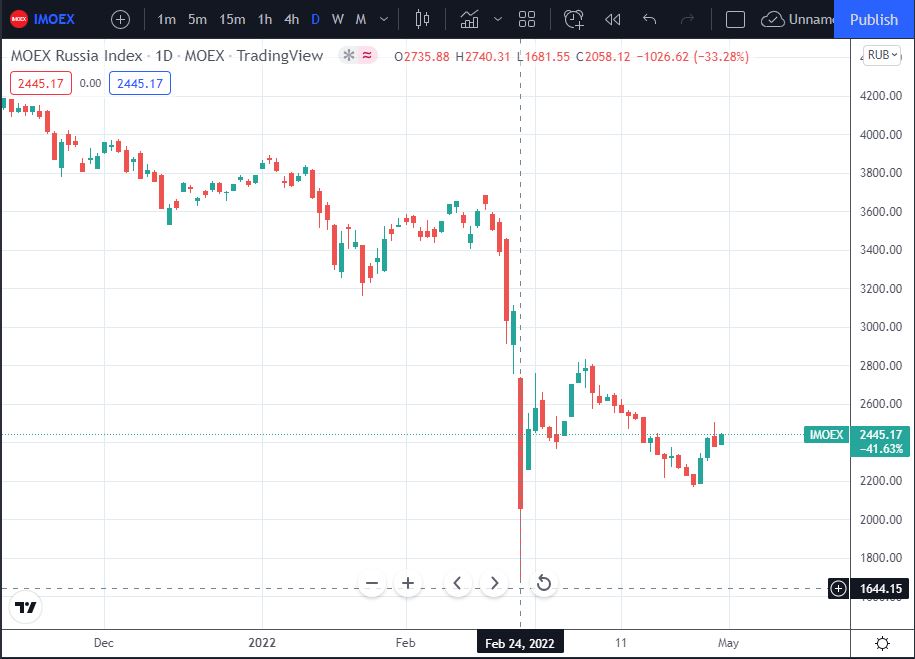 On the other hand, it seems that the possibility of cutting gas supplies would critically subdue many EU national economies. With prices for the fuel surging, the uncertainty has also boosted Russian income, while stoking political pressure on European leaders. Already Russia has cut off gas sales to Poland and Bulgaria, two parties that refused to pay in Rubles. Also at stake is European unity, with some countries including Germany more reliant on Russian gas than others. So far, EU’s legal guidelines have left some companies and governments confused.

If payments in Ruble start flowing in, the demand for the currency may continue to increase. The gold flow into the Central Bank may take some time but the impact of Ruble trade for gas purchase will be immediate. Will the West counteract these moves or will Russia gain the upper hand?