Posted on November 1, 2022 by Andreas Pattichis

Global markets started the week with gains after the announcement of Rishi Sunak as the new UK Prime Minister. In addition, investors were bracing themselves for a series of earnings reports a number of important companies will release throughout the week. Later in the week European Central Bank’s raised interest rates by additional 75 basis points making the third straight increase, which initially moved the market mix. However, the Equity markets closed higher in Europe following newest reports on inflation in countries such as Germany and France showed figures somewhat below or matching expectations. Therefore, Markets on Wall Streat closed Friday in the green following Data reports, alongside earnings. The Dow Jones gained 828 points or 2.59% at the closing bell on Friday. The S&P 500 rose 2.46%. Moreover, the DAX gained 0.21%. The CAC 40 went up 0.45% and the FTSE 100 declined by 0.45%.

Yields climbed after an employment cost index for September pretty much matched forecasts, signalling nothing to derail the central bank from imposing another three quarters percentage point rate hike on the economy at a policy meeting next week. The yield on the 2-year Treasury moved up by 10 basis points to 4.424%. Short-term rates are more sensitive to Fed rate hikes. The 10-year Treasury yield, which hit 4.006% up about 7 basis points, one day after the yield fell as much as 11 basis points on Thursday. The 30-year Treasury yield, which is key for mortgage rates, hit 4.144%. The spread between the US 2’s and 10’s widened to -44.9bps, while the spread between the US 10-Yr Treasury and the German 10-Yr bond (“Bund”) widened as well to -192.3bps.

EUR/USD ended the week at of 0.9966, the European Central Bank hiked the main rates, for the third consecutive time, by 75 bps. However, the message on growth and economic developments was most discouraging. In addition, the greenback was under pressure this week ahead of the Federal Reserve’s Nov. 1-2 policy setting meeting. The Federal Reserve is expected to raise rates by 75 bps, while the Bank of Japan bucked the trend among other major central banks and stuck with ultra-low interest rates. The EUR/USD pair was flat at the end of the week at 0.9966, while USD/JPY is at 147.48 and GBP/USD is at 1.1614.

Oil and Gold in opposite trades

Gold started the week with gains as investors are highly optimistic after third consecutive bullish settlement of the S&P500. Gold traded more higher in the middle of the week after a series of companies posted growth in the third quarter. However, Gold dropped at the end of the week after the United States Bureau of Economic Analysis reported that the Personal consumption expenditures (PCE) price index, excluding food and energy, jumped 5.1%. Prices of Oil traded lower on Monday, as data showing demand from China remained lackluster in September and a strong U.S. dollar weighed, while weakening U.S. business activity data eased expectations for more aggressive interest rate hikes and limited price decline. However, oil gained in the middle of the week as supply fears still seemingly persisted. The prices of oil futures tumbled on Friday, Prices of crude oil futures tumbled on Friday as demand concerns seemingly stirred the stability in global markets 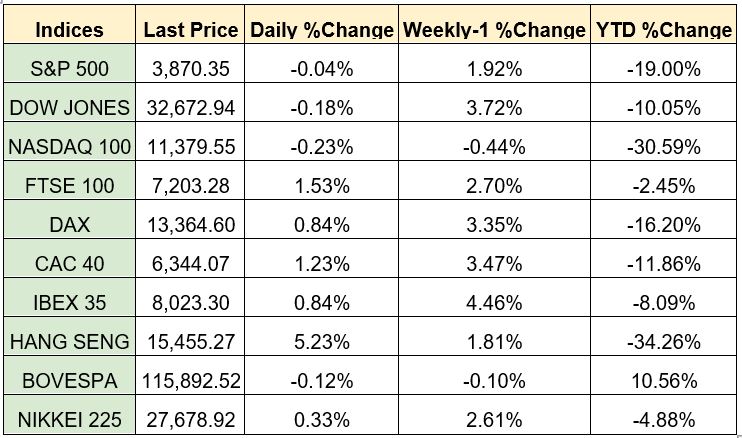 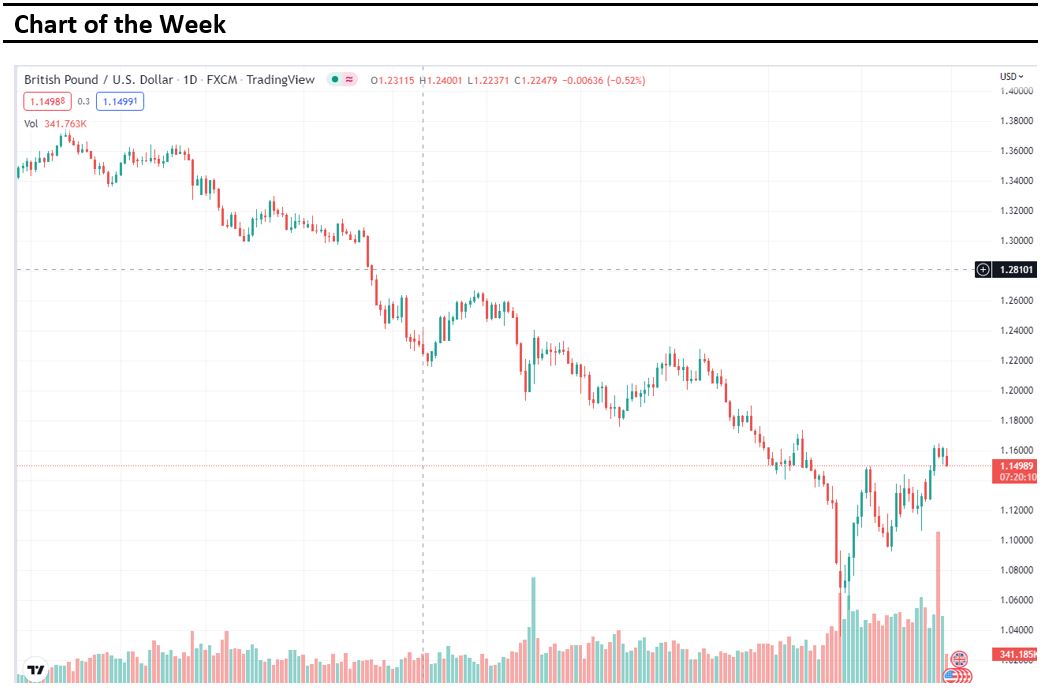