Posted on January 18, 2023 by Andreas Pattichis

Global markets started the week mixed. European Central Bank noted that “the near-term growth outlook is weaker for the Euro Area than for the United States” and ECB official Isabel Schnabel stated that interest rates will have to “rise significantly.” In addition, US markets gained in the middle of the week after Boston Federal Reserve President Susan Collins said she would support a 25 basis point rate hike that would allow the central bank to “assess the incoming data before we make each decision”. Furthermore, the annual inflation rate in the United States marked the sixth consecutive decline in December, landing at the expected 6.5%.  The week finished higher, as both the United Kingdom’s and Eurozone trade deficits shrunk, while the Euro Area’s industrial production increased by 1% and the UK GDP rose by 0.1%. The Dow Jones gained 0.33% at the closing bell on Friday. The S&P 500 increased by 0.40%. Moreover, the DAX rose up by 0.19%. The CAC 40 increased by 0.69% and the FTSE 100 was up by 0.64% at the close. In addition, investors are looking forward for the inflation data in Europe and UK on Wednesday.

Yields advanced after the latest inflation report. Thursday’s consumer price index report was in line with expectations, showing that prices of goods and services fell by 0.1% in December on a monthly basis. Investors are now concerned regarding the Fed’s next increase rate  decision on February 1, as uncertainty about whether the Central Bank will then hike rates by 25 or 50 basis points has spread. The yield on the 2-year Treasury increased to 4.224%. Short-term rates are more sensitive to Fed rate hikes. The 10-year Treasury yield, hit 3.504%, up  by about 5 basis points. The 30-year Treasury yield, which is key for mortgage rates, hit 3.624%. The spread between the US 2’s and 10’s widened to -72bps, while the spread between the US 10-Yr Treasury and the German 10-Yr bond (“Bund”) tightened to – 129.5bps.

The US Dollar moved lower this week after data showed U.S. inflation was easing, prompting bets that the Federal Reserve will be less aggressive with rate hikes going forward. U.S. data showed the consumer price index (CPI) dipped by 0.1% last month, marking the first decline in the data since May 2020, when the economy was reeling from the first wave of COVID-19 infections. Therefore, the EURUSD traded higher at 1.0845. Furthermore, the GBPUSD ended the week higher at 1.22195 and the USDJPY traded lower at 127.92 on Friday. Adding up, investors are looking forward to the Initial Jobless Claims in US, due to be released on Thursday, in which an increase to 213K from 205K is expected.

Gold started the week with profits after signs of a cooling jobs market pushed up expectations for a softer U.S. inflation. However, Gold traded higher in the middle of the week amid bets that a U.S. inflation report due in the next 24 hours would push the Federal Reserve to go easier with its rate hikes this year. Gold traded higher at the end of the week after softening U.S. inflation and rate hike expectations boosted contrarian safe-haven trades. Prices of Oil moved higher at the start of the week, amid expectations that China’s decision to ease some of its measures imposed to curb the spread of COVID-19 would boost demand for the commodity. However, on Friday, the prices of oil futures jumped higher, as optimism about increased demand grew in the world’s second largest importer of the commodity. Meanwhile, the Crude Oil Inventories report will be released on Thursday. 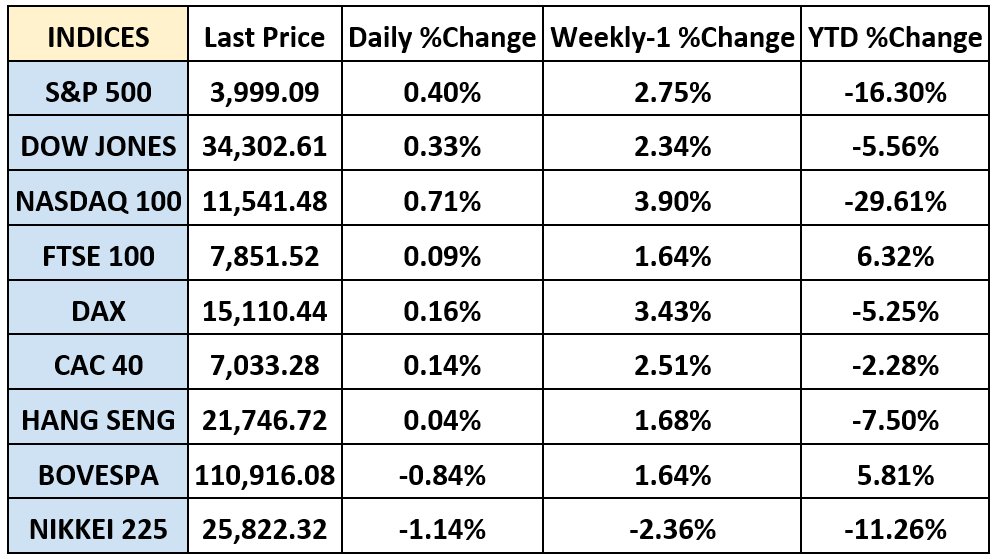 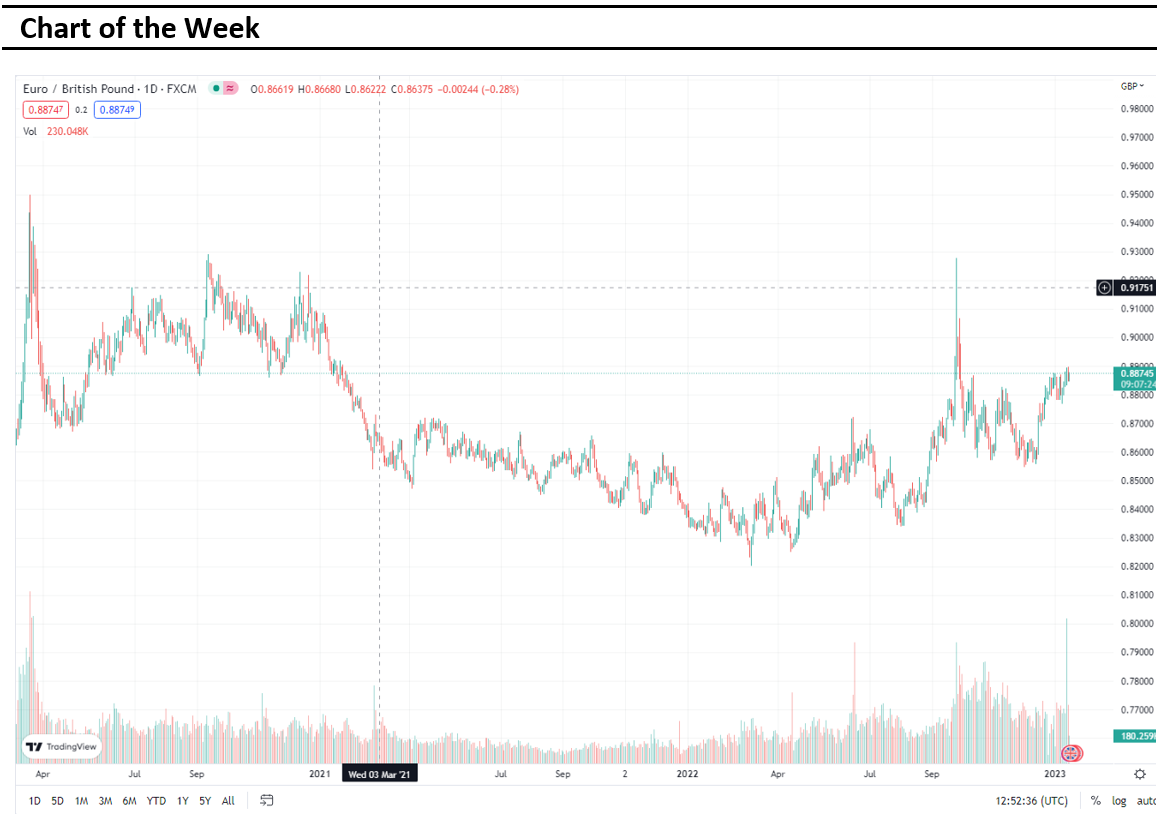