Posted on December 13, 2022 by Andreas Pattichis

Global markets started the week lower as for the fifth straight month in November the Eurozone economic activity declines. The Eurozone Purchasing Managers Index (PMI) Composite Output Index settled at 47.8 in November. Moreover, ISM service sector data increased for the 30th consecutive month reaching 56.5%. In addition, European markets continue with losses in the middle of the week after European Central Bank predicted inflation will continue to rise over the next months, despite eurozone’s GDP which came above expectations. Furthermore, in US there is a possibility of a recession. This had a negative reaction on the market, with the NSDQ shrinking by 0.45% on the day, the 10-year yield moving below 3.431% and the US dollar falling around 0.38%. The week finished mixed in global markets as there are concerns about potential rate hikes next week. The Dow Jones gained 0.10% at the closing bell on Friday. The S&P 500 declined by 0.12%. Moreover, the DAX edged up 0.27%. The CAC 40 dropped by 0.17% and the FTSE 100 stood flat at the close. In addition, investors are looking forward for the interest rate decision in Europe, UK and US on Wednesday and Thursday.

Yields advanced after the better-than-expected November’s producer price index. Producer prices in the United States rose by 0.3% in November on a monthly basis, the Bureau of Labor Statistics revealed in its report on Friday. The figure was slightly above the estimates of 0.1% growth. The yield on the 2-year Treasury increased to 4.346%. Short-term rates are more sensitive to Fed rate hikes. The 10-year Treasury yield, hit 3.595%, up about 10 basis points. The 30-year Treasury yield, which is key for mortgage rates, hit 3.568%. The spread between the US 2’s and 10’s narrowed to -75.1bps, while the spread between the US 10-Yr Treasury and the German 10-Yr bond (“Bund”) narrowed to – 163.2bps. Meanwhile, investors are looking to December consumer inflation in the US, due to be released on Tuesday, in which a pullback is expected in the y/y to 7.3% from 7.7%.

The US Dollar moved higher this week after U.S. producer inflation data for November came in slightly hotter than expected. Specifically, the dollar initially jumped on Friday after U.S. producer prices (PPI) rose 0.3% last month, data showed, above the 0.2% forecast by economists. Therefore, the EURUSD traded higher at 1.0546. Furthermore, the GBPUSD ended the week higher at 1.2273 and the USDJPY traded near 136.46 on Friday. Following a period of high volatility for US Dollar, the United States will announce interest rate decision on Wednesday 14 of December, which is expected to confirm an increase of 0.5 percentage point.

Gold started the week with losses as investors were concerned over the results of US job sectors. However, Gold traded higher in the middle of the week following concerns about an economic downturn. Gold traded lower at the end of the week as investors are waiting for next week inflation data. Prices of Oil moved lower on Monday, as their concerns about a new rate hike will cause business activity to slow down. Prices of Oil moved lower in the middle of the week, as crude oil inventories declined more than expected to -5.2 millions. However, on Friday, the prices of oil futures increased, due to a possible reduction of production by Moscow. Meanwhile, in the Crude Oil Inventories report on Wednesday, an increase is expected in the number of barrels held by US firms by 4.507M. 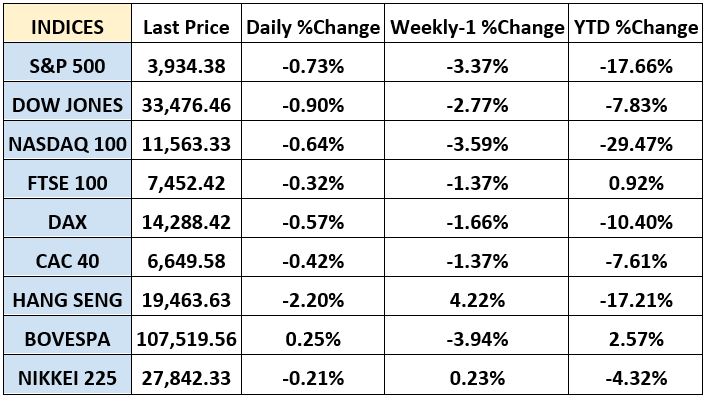 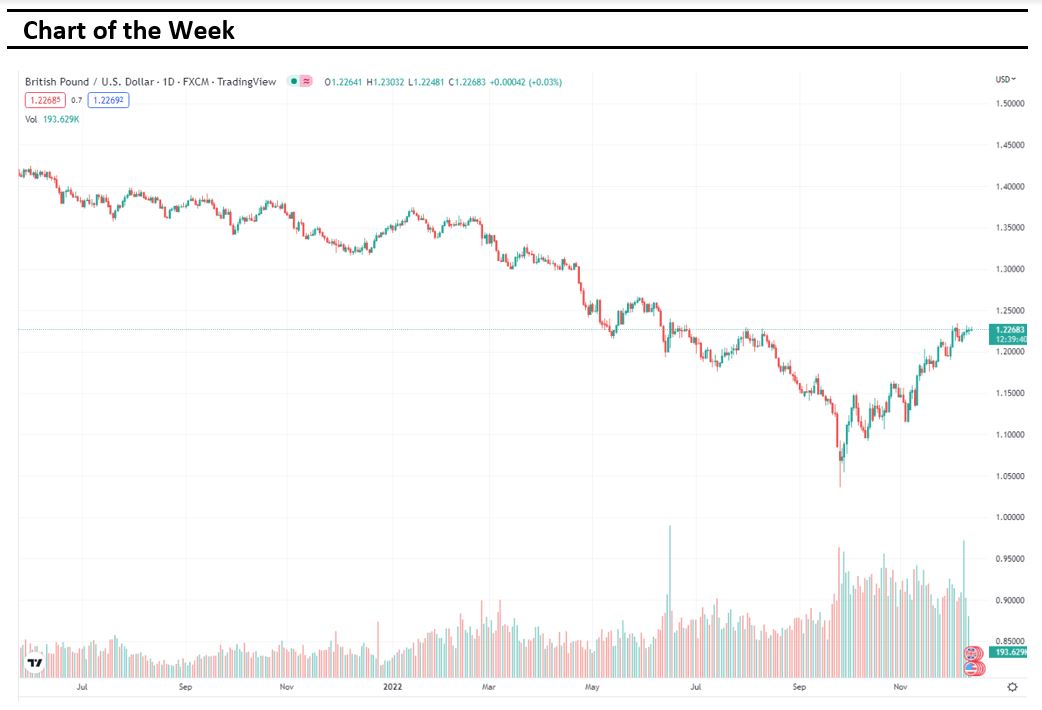