Posted on January 12, 2023 by Andreas Pattichis

Global markets started the week mixed. The Germany CPI rose by 8.6% in December, lower than the 9% which was the forecast on consumer prices. Moreover, manufacturing activity in the United States declined further in December, according to a report released by S&P Global on Tuesday. The adjusted S&P Global US Manufacturing Purchasing Managers Index (PMI) came in at 46.2, down from the 47.7 recorded in November and unchanged from the preliminary estimate for December. In addition, European markets continue with gains in the middle of the week after Eurozone Services Business Activity Index rose to 49.8 in December, up from the 48.5 in the previous month, signalling the lowest decrease since August. Furthermore, according to the Mortgage Bankers Associations, mortgage applications in the United States dropped by 13.2% from two weeks earlier, hitting the lowest level since 1996. The week finished higher, as the potential weakening in monetary tightening brought optimism in global markets Adding up, the latest jobs report showed nonfarm payrolls grew by a larger-than-expected 223,000. The Dow Jones gained 2.13% at the closing bell on Friday. The S&P 500 increased by 2.28% %. Moreover, the DAX rose up by 1.20%. The CAC 40 increased by 1.39% and the FTSE 100 was up by 0.87% at the close. In addition, investors are looking forward for the Initial Jobless Claims on Thursday, which is expecting to grow to 215k from previous 204k.

Treasury yields declined towards the end of the week

Yields declined after the better-than-expected Nonfarm payrolls. Total nonfarm payroll employment in the United States rose by 223,000 in December 2022, the country’s Bureau of Labor Statistics revealed in its report published on Friday. The figure topped analyst expectations, but came in lower than the November reading of 263,000. The yield on the 2-year Treasury decreased to 4.264%. Short-term rates are more sensitive to Fed rate hikes. The 10-year Treasury yield, hit 3.567%, down by about 16 basis points. The 30-year Treasury yield, which is key for mortgage rates, hit 3.689%. The spread between the US 2’s and 10’s narrowed to -69.7bps, while the spread between the US 10-Yr Treasury and the German 10-Yr bond (“Bund”) narrowed to – 133.7bps. Meanwhile, investors are looking to December consumer inflation in the US, due to be released on Thursday, in which a pullback is expected in the y/y to 6.5% from 7.1%.

The US Dollar moved lower this week after stronger than expected nonfarm payroll employment in the United States, which was rose by 223,000 in December 2022. Specifically, the dollar initially fell on Friday after U.S. Wages also grew by 0.3% last month, less than the 0.4% in November and below forecasts of 0.4%. That lowered the year-on-year increase in wages to 4.6% from 4.8% in November. Therefore, the EURUSD traded higher at 1.0645. Furthermore, the GBPUSD ended the week higher at 1.21691 and the USDJPY traded lower at 132.07 on Friday.

Gold started the week with profits as investors are focusing on the Federal Reserve, as the central bank is expected to reveal its minutes from the last monetary policy meeting on Wednesday. However, Gold traded lower in the middle of the week following uncertainty over the upcoming Fed minutes. Gold traded higher at the end of the week after better than expected nonfarm payrolls. Prices of Oil moved lower at the start of the week, as the reports showed that manufacturing activity in China, the United States and the United Kingdom continued to decline in December. Prices of Oil moved lower in the middle of the week, as investors are concerned about a recession. However, on Friday, the prices of oil futures was flat, as the US Jobs growth couldn’t help the increase of oil. Meanwhile, the Crude Oil Inventories report will be released on Wednesday. 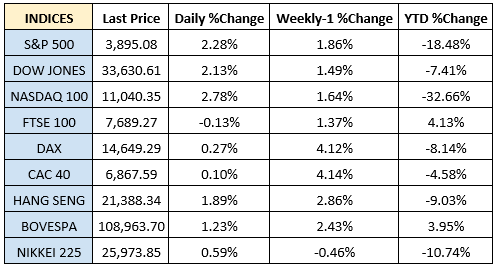 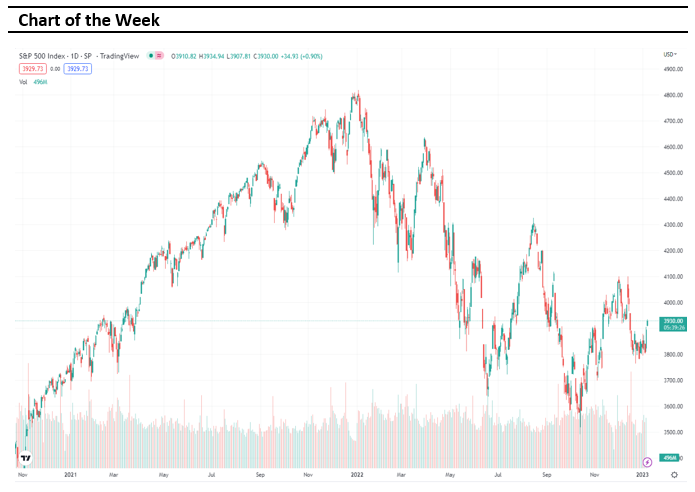